With the last quarter of the school year comes an exciting time for many teens. Their thoughts often turn to prom and getting dressed up in gowns and tuxedos. They feel more grown-up and often plan festivities prior to and after prom. These gatherings which are often held at hotels or homes may include alcoholic beverages. When under the influence of alcohol, teens may make bad decisions and drink and drive. These decisions may land them in emergency rooms or even jail. 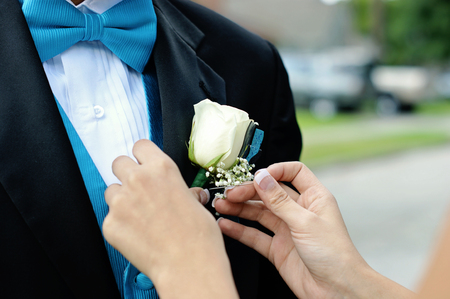 According to the Insurance Institute for Highway Safety (IIHS), the months from April through July, the peak of the prom season, see some of the highest teenage traffic fatalities. The biggest danger facing teens on prom night is auto accidents. These accidents can be caused by drivers who have been drinking, are tired or are distracted by passengers.

Approximately 1,000 youth under age 21 die each year in preventable tragedies while celebrating their high school proms and graduations.

Despite the fact that more teens are involved in fatal traffic accidents related to alcohol during prom season, the majority of high school aged students do not seem to recognize how dangerous it actually is. A Liberty Mutual survey of nearly 2,300 juniors and seniors found that just 20 percent believe being on the roads on prom night is dangerous. Six percent of those surveyed admitted to driving under the influence after prom.

Why don’t teens heed warnings of drinking and driving?

Experts say that even the horror and heartbreak of fatalities which involve prom night, do not deter teens from drinking. Teens do not think it can happen to them and their friends. Data from Mothers Against Drunk Driving (MADD) and Chrysler Group’s Road Ready Teens program found that 74 percent of teens felt pressured from peers to use alcohol on prom night, and 49 percent said their friends pressured them to try drugs.

Efforts to combat the problem

AAA (American Automobile Association) says that in an effort to help combat the problem, the Auto Club Group Traffic Safety Foundation is offering the AAA PROMise program to protect teens and everyone else on the roadways during the prom and graduation season.

AAA PROMise asks teens to make the responsible decision never to get behind the wheel impaired and to make sure their friends do the same. Parents should reinforce with their teen that nothing is more important than his/her safety. If a teen needs help getting home and reaches out to his/her parents, AAA can be there to tow the family vehicle home.

By making the AAA PROMise, teens commit to making the right decision when it comes to underage drinking, drugs and impaired driving. Here is the PROMise:

Other strategies suggested by SaferCommunity.net to keep your children safe during prom and graduation season:

“We at Spivey Law Firm, Personal Injury Attorneys, P.A. encourage parents and guardians to support teens in making good choices during this time of their lives. Should they be injured in an accident, we are here to support you and them,” said Attorney Randall Spivey.