Every year the media reports of boating accidents in Florida, many of which are caused by BUI. As a personal injury attorney and a boater/fisherman, I am concerned about this issue," said Florida Boating Accident Attorney, Randall Spivey of Spivey Law Firm Personal Injury Attorneys, P.A. 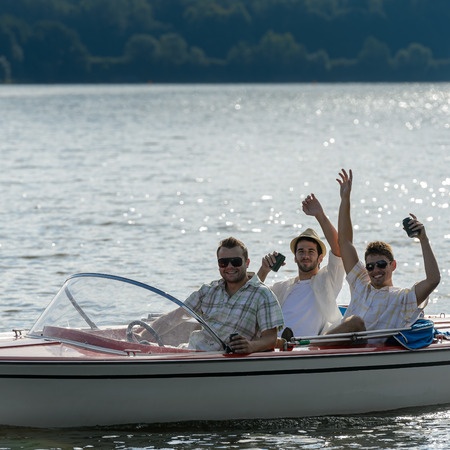 You do not need to have a driver's license to operate a boat; however, if State Representative, Gayle Harrell of Stuart, Florida is successful in passing a bill, BUI convictions will be reported on driver's license records.

The Florida Fish and Wildlife Conservation Commission (FWC) reports that of the 736 recreational boating accidents in 2013 in the state of Florida, 27 were alcohol-related. As far as boating fatalities in the same year, the FWC reports there were 62, 9 of which were caused by alcohol.

The Miami Herald reported that the FWC believes alcohol may have been the cause of a May, 2014 accident where a 37-year-old woman died and two of the boat's other occupants suffered injuries. The fatal accident happened when two boats collided in the Biscayne National Park off of Elliott Key.

BUI is a serious offense. The FWC says:

"Having a good time on the water does not need to include alcohol and/or drugs. Drinking and driving a boat or a vehicle is illegal, and can cause very serious injuries or death. Also, when passengers step off boats and get behind the wheels of their vehicles after partaking of alcohol and/or drugs while boating, very serious accidents may occur. If you, or a family member, has been injured as the result of a drunk boater or driver, seek the experienced counsel of the Spivey Law Firm, Personal Injury Attorneys, P.A.," said Attorney Spivey.