Florida Bars Can Be Held Liable for DUI Accidents

MADD (Mothers Against Drunk Drivers) reports that in 2015 10,265 people were killed and approximately 290,000 were injured in DUI accidents. DUI drivers are not the only ones who can be held responsible. If they were leaving a public bar, restaurant or any other premise which holds a beverage license, that facility may also be held liable for over-serving or allowing the driver to over-consume alcohol. 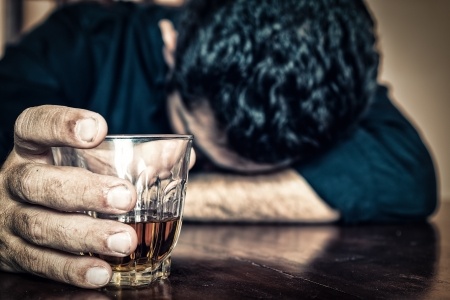 According to the Lakeland, FL Ledger, a male motorcyclist was riding a 2012 Honda motorcycle in Mulberry, FL about 11:15 p.m. in 2015 when a pickup truck driving directly behind him failed to slow down. The truck struck the motorcycle from behind, and the rider was ejected from the motorcycle onto the road and killed. The driver of the truck continued without stopping.  He was arrested two days later. He told deputies he fell asleep, then felt an impact to the front of his truck. He said the next thing he remembered was waking up inside his home. The brother of the man killed in the hit-and-run crash filed a lawsuit October 2016 against XYZ Liquor Inc. and the American Legion in Mulberry under Florida’s Dram Shop Act for serving alcohol to the truck driver. The lawsuit describes the truck driver as a long-term alcoholic who drank at the two bars before the crash that killed the motorcyclist.

Many states hold commercial vendors of alcohol (bars, taverns, package stores, restaurants) responsible for injuries caused by drunken patrons under “dram shop” laws.  These laws make it possible for a plaintiff to hold those who serve alcohol to an intoxicated or underage person responsible for any damage or injury caused by these same individuals after they leave.

Florida’s liquor liability laws are specifically covered under Florida’s Dram Shop Act, which can be found in Florida Statutes, Section 768.125. What the statute says is that a bar or establishment or any person that willfully or unlawfully sells or furnishes alcohol to a person who is not of lawful drinking age or who knowingly serves a person habitually addicted to the use of alcohol may become liable for injury or damage caused by, or resulting from, the intoxication of such a minor or person. The damages for losses which may be suffered in a dram shop claim can include:

The Florida statute of limitations applies to dram shop cases. Injury claims, such as dram shop cases, must be filed within 4 years of the date of injury. If the claim is not made within this time limit, it may not be heard by the court.

“DUI accidents destroy families. When an establishment serves alcohol to a minor or alcoholic, that establishment should be held accountable. Contact our experienced team of DUI accident attorneys if you or a loved one has been injured in a DUI accident. There are no costs or attorney fees unless we make a monetary recovery for you,” said Fort Myers DUI Accident Lawyer, Randall Spivey.