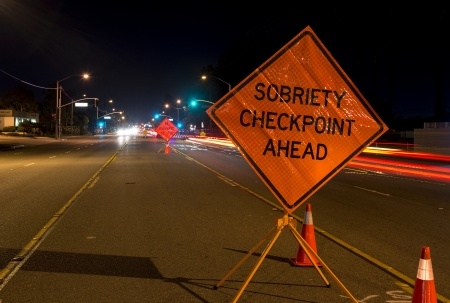 DUI accidents are not “accidents.” They are preventable. When a victim is severely injured or killed because of the choice a person makes to drive while under the influence, the impact is more than significant. It is monumental. Injuries sustained by victims can include permanent disfigurement, paralysis, and brain injury. The victim suffers. The victim’s family and friends suffer. In other words, for every direct victim, there may be other victims who live with the results of one bad decision.

Here is an example: A 53-year-old single mother had a satisfying job where she traveled globally. She was training for the New York City Marathon with friends in her spare time. Everything changed when her 22-year-old son was severely injured in a drunk-driving crash. He was riding in a truck that slammed into a tree putting him in a 39-day coma, according to Ford Driving Skills for Life. When he came out of the coma, he could not walk or talk. Because of her son’s injuries, the mother gave up her job and the life she was living to care for her son full time. For 2 years, she had to feed her son because he was unable to feed himself. For 5 years, she had to bathe and toilet her son because he could not transfer himself in and out of his wheelchair. Her son will never be able to care for himself on his own.

“Accidents like this one do not have to happen. To help educate the public here are two innovations which have been developed to stop drunk driving,” said Fort Myers Drunk Driving Accident Lawyer, Randall Spivey.

Jeff Rosen of NBC News Investigations reported on the TODAY show recently on one of the more innovative ways experts at Ford Motor Company is trying to stop drunk driving. The company developed a scientifically engineered “drunk suit.” The drunk suit incorporates weights on the arms and knees and “beer goggles” to limit the users view. After putting the drunk suit on for a simulated traffic stop and driving obstacle course, Mr. Rosen and viewers saw dramatic results. In order to help reduce teen drunk-driving accidents, Ford is trying to put the drunk suits on teens to “scare them straight.” Ford’s program, Ford Driving Skills for Life, has trained over 12 million students by doing demonstrations in cities and towns across the United States.

MADD (Mothers Against Drunk Driving) believes “too many drunk drivers see DUI proceedings as all about them; they were the ones who drank, after all. They were arrested, and they are facing all manner of consequences. Some think they are being unfairly treated, because they did not actually hurt anyone. They see their drinking and driving as a private matter.”

A victim impact panel, which was designed by MADD, works to impress upon drunk drivers that their crime is not a private matter. “It is a deeply antisocial act whose consequences are potentially lethal. Fines and jail are punishments that should make the offender regret his or her decision; ignition interlocks protect the public by ensuring that the offender does not drive while drunk. But a victim impact panel is where they learn just how much pain they could have caused other people.”

The impact panel consists of a group of people whose lives have been affected by drunk driving. Members tell about the death or injury of their loved ones. Photographs are shown and the panel explains how their lives, and the lives of their families, have been changed by the act of one drunk driver. There are times when a drunk driver tells his or her story. This is uncomfortable for the offender, says MADD, but it believes that is the way it should be. When the panel ends, MADD hopes offenders have an idea of the pain and suffering they have inflicted, or may inflict, on innocents and understand that this pain is worse than anything they may be suffering themselves.

MADD encourages parents to speak with their children about the dangers of underage drinking because kids who start drinking when young are seven times more likely to be in an alcohol-related crash.

“If you or a loved one has been injured in an accident involving a drunk driver, contact the experienced personal injury attorneys at Spivey Law Firm, Personal Injury Attorneys, P.A. to determine your rights,” said Attorney Spivey.

Fort Myers Drunk Driving Accident Lawyer, Randall L. Spivey is a Board Certified Trial Attorney – the highest recognition for competence bestowed by the Florida Bar and a distinction earned by just one (1%) percent of Florida attorneys. He has handled over 2,000 personal injury and wrongful death cases throughout Florida. For a free and confidential consultation to discuss your legal rights, contact the Spivey Law Firm, Personal Injury Attorneys, P.A., in Lee County at 239.337.7483 or toll free at 1.888.477.4839,or by email to Randall@SpiveyLaw.com. Visit SpiveyLaw.com for more information. You can contact Spivey Law Firm, Personal Injury Attorneys, P.A.in Charlotte County at 941.764.7748 and in Collier County 239.793.7748.