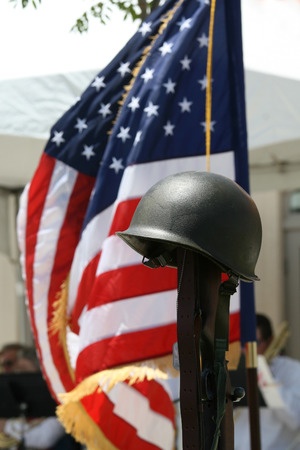 Memorial Day is a time when we remember those who have given their lives to protect our freedom. It is also the time when Americans take the weekend off to enjoy one another's company, celebrate the beginning of the summer season and generally relax. This relaxation often involves getting into vehicles and driving, as well as enjoying time on Florida's waterways, including the Gulf of Mexico and the Atlantic Ocean.

AAA Travel (American Automobile Association) forecasts that 37.2 million Americans will travel over the 2015 Memorial Day weekend. This is the most number of people travelling in a decade. Of the 37.2 million predicted to travel, AAA says that 88 percent will be driving. AAA feels the increased number of travelers is the result of a more robust economy and lower gas pump prices.

The NHTSA (National Highway Traffic and Safety Administration) warns, "Don't drive after drinking. Drunk driving deaths spike during the holidays. Every 51 minutes, someone in the United States dies in an alcohol-impaired-driving crash. Be responsible - don't drink and drive. If you plan to drink, choose a sober designated driver before going out."

Because of the increased traffic on our waterways, the U.S. Coast Guard kicks off "National Safe Boating Week" to coincide with the 2015 Memorial Day weekend. During this week, and whenever boating, the Coast Guard wants boaters to "...remember to practice safe and responsible boating. Always wear a life jacket and be alert and aware while on the water."

Last year in a Florida Memorial Day boating accident, one woman died and two men were injured in the late night accident off  Elliot Key. "Investigators," according to Jorge Pino, a spokesperson for the Florida Fish and Wildlife Conservation Commission, "...believed that there was enough probable cause based on the odor of alcohol that was coming from the operator's person for them to do a forced blood draw on the operator."

Florida has both drunk driving and drunk boating laws. These laws allow law enforcement officials to stop vehicles, boats and other watercraft to be sure there is no alcohol consumption by drivers or operators. The consequences of being found guilty of DUI or BUI can cause  offenders to have a criminal record, and/or face jail time as well as losing their licenses.

"We at Spivey Law Firm, Personal Injury Attorneys, P.A. encourage everyone to have a nice relaxing time over the Memorial Day weekend, but warn everyone not to combine driving and boating with drinking. Plan ahead and choose a designated driver who will not drink. Let's use this time to remember our military heroes, and not be forced to remember those who needlessly died because of alcohol-caused accidents," said Hurt By Drunk Driver Attorney, Randall Spivey.

If you or a family member have been injured as the result of an accident with a drunk driver or boat operator, you may be entitled to compensation. Contact Spivey Law Firm, Personal Injury Attorneys, P.A. for a no-fee consultation.