The Washington Post reported in the fall of 2015 that the Governors’ Highway Safety Association research showed drivers on drugs are becoming more of a problem than drunk drivers. There are two primary reasons that drugged drivers are a problem. These reasons are the quadrupling in prescription drug use since 1999, and the legalization of marijuana in some form in 23 states in the U.S.

Legally, mixing drugs and driving, whether it is medicinal marijuana, legally prescribed muscle relaxers, and/or pain killers is just as illegal as drunk driving and can cause a DUI offense in Florida and other states. 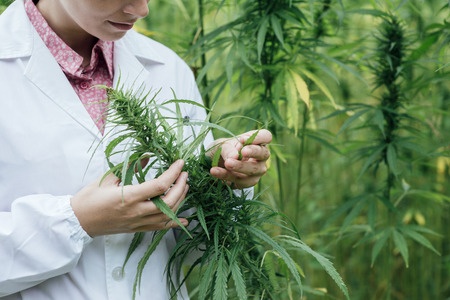 On February 2, 2016 Port Charlotte deputies arrested a Port Charlotte man for drug possession when they found marijuana, codeine and a loaded rifle in his vehicle after stopping him for several traffic violations early the previous week, according to NBC-2.

The National Council on Alcoholism and Drug Dependence Inc. says that drugged driving poses threats to public safety that are similar to alcohol (or worse) because drugs have adverse effects on judgment, reaction time, motor skills, and memory. When misused, prescription drugs, over-the-counter drugs, and illegal drugs can impair perception, judgment, motor skills, and memory.

Specific drugs affect the brain differently. DrugAbuse.gov says that marijuana slows reaction time, impairs judgment of time and distance and decreases motor coordination. Cocaine or methamphetamine can lead to aggressive and reckless driving. Some sedatives, called benzodiazepines, can cause drowsiness and dizziness, either, or both, of which can lead to vehicle accidents.

When analyzing DUI accidents for 2015, the U.S. National Survey on Drug Use and Health estimates that nearly 5 percent (more than 10 million) of licensed drivers in the United States drove under the influence of an illicit drug during the previous year. The young, least-experienced, drivers had the highest drugged-driving rates. Even though there is mounting research evidence that driving under the influence of drugs is common, the public is only minimally aware of the fact. Also, drugged drivers have been, in the past, less frequently detected, prosecuted, or referred to treatment than drunk drivers according to NHTSA (National Highway Traffic Safety Administration).

In Florida, a person is guilty of a DUI if he or she is driving under the influence of any controlled substance to the extent that the person's normal facilities are impaired. If a death or serious bodily injury results, a chemical test is required, and an officer may use reasonable force, if necessary, to obtain a blood sample if the driver refuses Id. § 316.1933.

According to Florida Statutes, following are the penalties for being convicted of a DUI:

“If you have been hurt, or a family member has been injured or killed, in a drugged driving accident, contact the experienced team at Spivey Law Firm, Personal Injury Attorneys, P.A.,” said Hurt By Drunk Driver Attorney, Randall Spivey.