The Naples Daily News reported on Wednesday, April 22, 2015 that a Collier County jury awarded a plaintiff $60 million in a DUI suit against a North Naples pub. The pub was found negligent when its bartenders served an under-aged person too much alcohol resulting in permanent disabilities when the vehicle in which she was riding crashed into a tree in 2003. 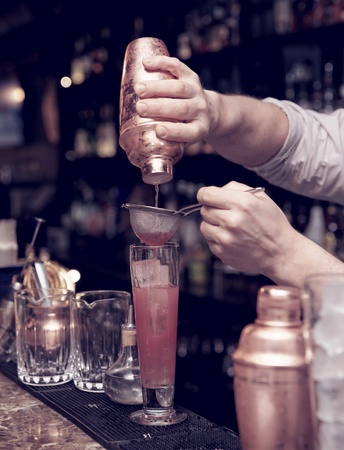 The newspaper reported that the under-aged drinker, along with her boyfriend, brother and brother's girlfriend, all but one under-aged, went to the now-closed Spectator, a sports pub. The bartenders knew they were under-aged, but served them anyway. The driver of the vehicle dozed off and crashed head-on into a tree. The 19 year-old sustained brain damage, broken legs, a lacerated liver, multiple rib fractures and other injuries.

Serving alcohol to minors is illegal in Florida. The 2014 Florida Statute 562.11 states:

MADD (Mothers Against Drunk Drivers) reported on their website that on October 18, 2008, Natalie, an honor student, was preparing to start her sophomore year at Middle Tennessee State University and had dreams of studying abroad.  She was working at a restaurant and bar with a very “loose” policy on alcohol use. Despite the fact that Natalie was only 20, her employers saw no issues with allowing Natalie, and the other restaurant staff, to drink alcohol during and after their shifts; they even provided the drinks. Early in the morning on October 18th, after grabbing a couple of drinks with coworkers after her shift, Natalie got in her car to drive home to her apartment.  Unfortunately, she never made it. At 3:30 a.m., only three blocks away from the restaurant, Natalie crashed into a metal utility pole while exiting the highway and was ejected from her car.  She was taken off life support two days later.

Hurt By Drunk Driver Attorney, Randall Spivey of Spivey Law Firm, Personal Injury Attorneys, P.A. says, "Restaurants and bars have the legal, and moral, responsibility of not serving alcohol to minors. The results of doing so are devastating not only for the minor being served the alcohol and driving, but also for anyone else who may be in the minor's vehicle or other vehicles on the road. Drunk driving is illegal and dangerous. For more information about Drunk Driving Laws, please go to my website: HurtByDrunkDriver.com - Drunk Driving Laws."