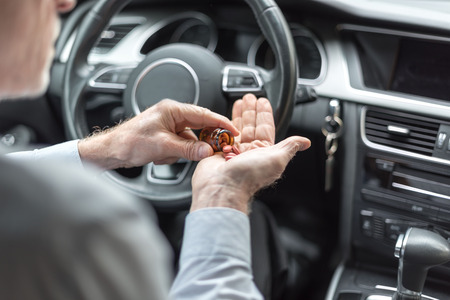 The DUI accident involving a New England Patriots rookie linebacker, Harvey Langi, his wife Cassidy, and three others bring up the danger again of driving while using drugs. The NHTSA (National Highway Traffic Safety Administration) reports that the problem of drivers on drugs is becoming more prevalent than drunk drivers. It points to research that evidences that driving under the influence of drugs (other than alcohol) is common, but has minimal public awareness.

On October 13, 2017 a 25-year-old man faced multiple charges stemming from a vehicle crash involving Mr. Langi and others. The drugged driver, driving a Jeep Grand Cherokee, rear-ended them driving at a rate of 50 mph. He pushed the Langi car into a Toyota Camry carrying three people. Authorities said that the 25-year-old never hit the brakes. Boston.com reported that 5 people were transported to the hospital, and Mr. Langi suffered a neck and head injury.

The drugged driver had three prescription medications in his vehicle including a muscle relaxant, an anti-psychotic and pain medication as well as a bag of marijuana along with an open bottle of alcohol. He is charged with possession and concealment of a Class E substance, negligent operation of a motor vehicle, a marked lane violation, and possession of an open container of alcohol in a motor vehicle, according the Foxborough, Massachusetts police.

Mothers Against Drunk Drivers made the following statement, “MADD is grateful that New England Patriots player Harvey Langi and his wife Cassidy survived injuries sustained in an alleged drugged driving crash. This is a reminder that impaired driving can impact anyone, anywhere, anytime. MADD will be here for the Langi family and the more than 300,000 people injured by drunk and drugged driving every year.”

Hurt By Drunk Driver, Attorney Randall Spivey says, “The primary danger associated with drinking, drug interaction and driving is accidents. The inability to use common sense, and the slowing of an individual’s reaction time makes it difficult to process what is happening.”

The effects of specific drugs differ depending on how they act in the brain. For example, marijuana can slow reaction time, impair judgment of time and distance, and decrease coordination. Drivers who have used cocaine or methamphetamine can be aggressive and reckless when driving. Certain kinds of sedatives, called benzodiazepines, can cause dizziness and drowsiness. All of these impairments can lead to vehicle crashes, according to the Center for Addiction and Recovery.

DrugAbuse.gov. says that it is hard to measure how many crashes drugged driving causes because:

Unlike Breathalyzer tests, which are routinely used at the scene of an accident, to test for drugs, blood samples must be sent to state crime laboratories.

In Florida, a person is guilty of a DUI if he or she is driving under the influence of any controlled substance to the extent that the person's normal facilities are impaired. If death or serious bodily injury results, a chemical test is required, and an officer may use reasonable force, if necessary, to obtain a blood sample if the driver refuses. (Id. § 316.1933)

“If you or a loved one has been injured in an accident involving a drugged or drunk driver, contact the experienced personal injury attorneys at Spivey Law Firm, Personal Injury Attorneys, P.A. to determine your rights,” said Attorney Spivey.