NHTSA Taking Steps to Reduce the Number of Alcohol-Impaired Motorists

A bipartisan group of senators asked the NHTSA (National Highway Traffic Safety Administration) in June 2016 how it is implementing provisions on drunken driving and other safety issues included in the Fixing America's Surface Transportation (FAST) Act, which Congress passed in December 2015.

National Highway Traffic Safety Administration (NHTSA) chief Mark Rosekind assured lawmakers in a recent letter that the agency is taking a series of steps to decrease the number of alcohol-impaired motorists who get behind the wheel, according to TheHill.com.

Even though it may be common knowledge that drinking and driving is dangerous, and it is a crime with serious penalties, drivers are still driving drunk. Every day, almost 30 people in the United States are fatally injured in motor vehicle accidents that involved drunk drivers. Alcohol- or drug-impaired driving resulted in nearly 10,000 deaths in 2014 and took a $44 billion economic toll, according to the NHTSA.

What steps are being taken to reduce impaired drivers? 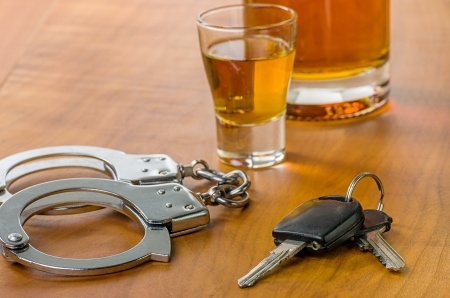 Under the FAST Act, states will find it easier to receive grants from the National Priority Safety Program. These grants will help states address alcohol- and drug-impaired driving, seat belt use, distracted driving and graduated driver licensing.

Prior to the FAST Act, there was money going unused because states were having trouble qualifying for the safety grants. Mr. Rosekind pointed out that the NHTSA just issued an interim final rule in June allowing states to apply for fiscal 2017 grants under new guidelines or under the existing procedures. “This flexibility will ensure that money Congress authorized to help save lives is put to use as quickly as possible,” he said.

The FAST Act also reauthorized and required research on the technology, known as the Driver Alcohol Detection System for Safety (DADSS).

DADDS is a device built into a vehicle that is intended to prevent alcohol-impaired drivers from driving their vehicles. It is similar to ignition interlock devices currently used by 25 states for drunk-driving offenders, but instead of requiring the driver to blow into a breathalyzer, DADSS takes noninvasive air samples through a person’s finger tips by touching a pad or button, according to DADSS.org.

The National Transportation Safety Board (NTSB) has stated that states should cut their threshold for drunken driving by nearly half-from 0.08 blood alcohol level to 0.05-matching a standard that has substantially reduced highway deaths in other countries.

Use of passive alcohol detection devices.

Also recommended by the NTSB is the expansion of the use of passive alcohol devices by police. The devices are often contained in real flashlights or shaped to look like a cellphone that officers wear on their shirt pockets or belts. If the device comes in close proximity to an intoxicated driver, the devices will alert police who may not have any other reason to suspect drunken driving, said TheBlaze.com.

“Everyone is in danger when a driver gets behind the wheel when alcohol- or drug-impaired. Newer technologies can prevent vehicles from starting for drivers under-the-influence, and implementation of the FAST Act giving states a quicker way to access grants, may help save lives,” said Southwest Florida Hurt By Drunk Driver Attorney Randall Spivey of Spivey Law Firm, Personal Injury Attorneys, P.A.

Hurt By Drunk Driver Attorney, Randall L. Spivey is a Board Certified Trial Attorney – the highest recognition for competence bestowed by the Florida Bar and a distinction earned by just one (1%) percent of Florida attorneys. He has handled over 2,000 personal injury and wrongful death cases throughout Florida. For a free and confidential consultation to discuss your legal rights, contact the Spivey Law Firm, Personal Injury Attorneys, P.A., in Lee County at 239.337.7483 or toll free at 1.888.477.4839,or by email to Randall@SpiveyLaw.com. Visit SpiveyLaw.com for more information. You can contact Spivey Law Firm, Personal Injury Attorneys, P.A.in Charlotte County at 941.764.7748 and in Collier County 239.793.7748.