Should BUIs Be Treated the Same as DUIs in Florida?

When Alex was 13, she was on a jet ski on Lake Herrington in Danville, Kentucky. A bass boat which was traveling over 60 miles per hour ran into her. The boat flipped and landed on top of Alex. The boater was arrested by the Kentucky Fish and Wildlife officers and had a blood alcohol level three times over the legal limit. Alex was in a coma for four days and the prognosis at the time, according to MADD.org (Mothers Against Drunk Drivers), was not good. She lost her right leg, but even though the boater who hit her had three prior DUIs on his record, he only received a fine of $250. 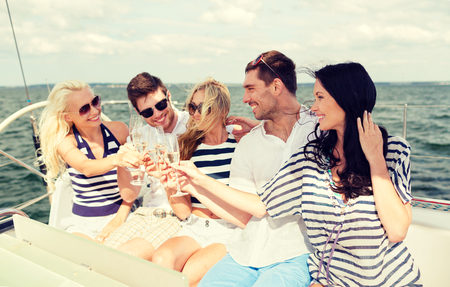 The legislation that the Kentucky Fish and Wildlife Department is introducing would make BUI a more serious crime than it currently is. One of the provisions would make BUIs and DUIs have the same fines and punishments. There is another provision, according to MADD.org, that would make it so that if there is a license suspension because of a DUI, the boating registration would also be suspended for the same length of time.

According to the U.S. Coast Guard, 21 percent of boat deaths are attributed to alcohol use.

What laws are in place to combat BUI?

There has been a law restricting the national blood alcohol level for all people who operate motor vehicles on any road in the country for many years. That level is 0.08 percent. BADD.org (Boaters Against Drunk Driving), an anti-drinking and boating advocacy group founded in 1989, has been working to make DUI laws applicable to watercraft operators in marine environments for over a decade. About 40 states to date have implemented the same 0.08 percent blood alcohol level for their waterways.

What has been proposed in Florida to combat BUI?

WPTV, Contact 5 Investigators, in West Palm Beach, FL reported on BUIs in November 2014 and raised the idea that, “Perhaps we should require operators who have prior BUIs or DUIs on their records to be required to install ignition interlock devices on their boats, much like what is required for some drivers now.” The device, like a breathalyzer used in cars, would require the boater to exhale into the device and register a blood alcohol level that is under the legal limit.

ABC News in Tampa reported in early 2015 that State Representative Gayle Harrell suggested one way to combat drunk boating was to attack someone's driver's license. "This is a lethal weapon and the same amount of accountability ought to be in place whether it's a boat or a car," she said. Harrell proposes if you get a BUI, you should get points on your license, thus, impacting a driver's insurance rates.  In addition, Harrell believes BUIs should be noted on someone's driving record.  Right now, BUI convictions have little impact on a driving record, and do not appear on it. (Representative Harrell’s proposed legislation is HB289.)

Here is a summary of the two bills:

(As an update, Representative Harrell’s proposed legislation (HB289) died in the Highway and Safety Subcommittee on April 28, 2015. HB598 died in the Criminal Justice committee also in 2015. Currently there is no open proposed BUI legislation dealing with this issue.)

“If you or a loved has been injured in a boating accident involving a boater under the influence, contact the experienced attorneys at Spivey Law Firm, Personal Injury Attorneys, P.A.,” said Hurt By Drunk Driver Attorney, Randall Spivey.

Naples Boating Accident Attorney,Randall L. Spivey is a Board Certified Trial Attorney – the highest recognition for competence bestowed by the Florida Bar and a distinction earned by just one (1%) percent of Florida attorneys. He has handled over 2,000 personal injury and wrongful deathcases throughout Florida. For a free and confidential consultation to discuss your legal rights, contact the Spivey Law Firm, Personal Injury Attorneys, P.A., in Lee County at 239.337.7483 or toll free at 1.888.477.4839,or by email to Randall@SpiveyLaw.com. Visit SpiveyLaw.com for more information. You can contact Spivey Law Firm, Personal Injury Attorneys, P.A.in Charlotte County at 941.764.7748 and in Collier County 239.793.7748.