Think You Can Judge How Drunk You Are? Think Again

There are many people who think they can judge how drunk they, or their friends, are. This is not the case. The investigative team of the NBC News TODAY show reported in December 2016 on a social experiment which was set up in 2013, the results of which remain relevant today. The investigators invited a group of friends to a restaurant, telling them it was for a story about holiday drinking. They were told to drink as they normally would. What the group of friends did not know was that after the party they would be asked about their perceived sobriety, and a local police officer would be giving them Breathalyzer and field sobriety tests. 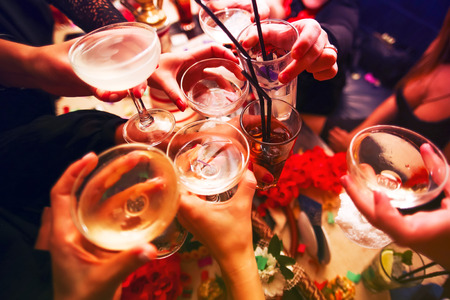 One of the guests, Kim, thought she would be okay if she waited "at least an hour, hour and a half" before she drove. But when she was given a Breathalyzer test after that time, she was surprised to find that after only two drinks, she had a blood alcohol level of 0.1 percent (the legal limit is 0.08 percent). Others also involved grossly overestimated their abilities to drive after drinking.

The NBC investigative report says that even after drinking is stopped, the blood alcohol level can continue to rise as the liquor seeps into the system. Even when you have just one drink, you can be physically impaired, and so is your judgment.

QuitAlcohol.com in The Dangers of Drinking and Driving said that many believe, “What’s the harm; I got home safely, and no one was hurt? Just because you made it home safely to your bed does not mean that you’re making a right decision. When putting those keys in the ignition and driving away after drinking you are not only putting your life at risk, but you are risking the lives of all those you come across while driving.”

Our Fort Myers Accident Law Firm would like to share some Myths & Facts from AAA (American Automobile Association) about drinking:

Myth: Coffee can sober up someone who has had too much to drink.

Fact: Only time sobers. It takes about one hour for your body to process each drink.

Myth: Hard liquor is more intoxicating than beer or wine.

Fact: A 12-ounce can of beer, a 5-ounce glass of wine, a 12-ounce wine cooler contain the same amount of alcohol and the same intoxication potential as 1½ ounces of liquor.

Myth: Someone who has had too much to drink will look intoxicated.

Fact: Someone’s physical appearance can be misleading. One drink can impair someone’s ability to drive. Judgment is the first thing affected when someone has been drinking, and important motor skills are next.

MADD (Mothers Against Drunk Drivers) reports that in 2015, 10,265 people were killed and approximately 290,000 were injured. “Each crash, each death, each injury impacts not only the person in the crash, but family, friends, classmates, coworkers and more.”

“The holidays may be over, but the sports season and Super Bowl are not. Many enjoy watching sporting events at home with friends at parties. These parties often include beer and other alcoholic beverages. We at Spivey Law Firm, Personal Injury Attorneys, P.A. encourage fans to be responsible and plan ahead by identifying a designated driver before the festivities begin,” said Hurt By Drunk Driver Attorney, Randall Spivey.

If you or a loved one has been injured in an accident with a drunk driver, contact the experienced attorneys at Spivey Law Firm, Personal Injury Attorneys, P.A. to determine your rights.