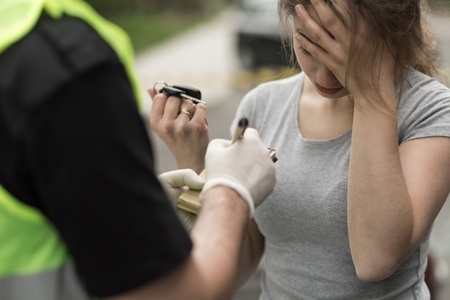 In an investigation conducted, and reported, by the Naples Daily News on March 13, 2016 titled “Free Flee – How Florida’s Deadly Drunken Drivers Hit the Road,” investigators found that between a fatal crash and the eventual arrest on DUI manslaughter charges, at least 50 suspects were arrested on new charges.

The National Highway Traffic Safety Association (NHTSA) estimates that about one third of all drivers arrested or convicted of DUI each year are repeat offenders.

Nearly four years ago, according to Jeff Rosen Reports for NBC News on March 18, 2016, a Colorado woman was driving to the gym when a drunk driver who had half a dozen prior DUIs slammed into her from behind at 45 mph. The drunk driver never hit the brakes, and the woman’s life was changed forever.

CDC (Centers for Disease Control) statistics show that 50 to 75 percent of convicted drunk drivers continue to drive on a suspended license.

Every day, says the FBI, almost 300,000 people drive drunk, yet only 4,000 are caught by police. The FBI further reports that in 45 cases across Florida from Miami to the Panhandle, DUI manslaughter suspects have evaded capture for years. Some of the reasons for this are that about half of them were not U.S. citizens or did not have a driver’s license, according to state crash and driving records.

How to avoid being the victim of a drunk driver?

MADD (Mothers Against Drunk Drivers) says that at any given point we potentially share the roads with 2 million people with three or more drunk driving offenses. MADD offers the following telltale signs of how to recognize someone who may be an impaired driver:

You do not want to share the road with a driver matching the above description. Here are some ways to defend yourself against drunk drivers from the HoustonTx.gov “Safety on the Road - Keep Your Distance from Drunk Drivers":

Twelve states, including Florida, mandate ignition interlock devices on vehicles if a driver hits a blood-alcohol level of 0.15 percent. The installation of ignition interlocks is shown to reduce re-arrest rates by about 64 percent. Sixteen states require in-car breathalyzers for all first-time offenders whose blood-alcohol level is above 0.08 percent, and eight states require the devices after a second DUI conviction, according to The Knoxville Sentinel.

“DUI accidents change lives. If you or a loved one has been involved in an accident, contact the experienced DUI accident team at Spivey Law Firm, Personal Injury Attorneys, P.A.,” said Hurt By Drunk Driver Attorney, Randall Spivey.